The United Nations' (UN) World Refugee Day is observed on June 20 each year. This day honors the courage, strength and determination of women, men and children who are forced to flee their homeland under threat of persecution, conflict and violence.


Here in our community, Kids Without Borders Clothing Bank is Tukwila has served families of refugees (and immigrants) in the south King County area for many years.


If you wish to be volunteer with our Clothing Bank, please contact us at: info@kidswithnoborders.org 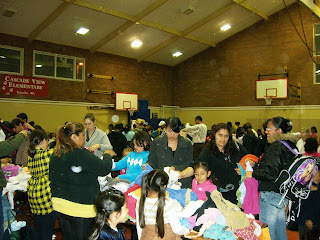 Labels: Hand Me Up, Power Of One, Rotary, Volunteer

An extraordinary friendship: The Essex grandmother and the Vietnamese orphan they call Fish Boy

Brenda Smith has devoted the last 15 years to helping a boy, Min Anh, who lives on the other side of the world in Vietnam. Min Anh suffers from a skin condition which causes him to have painful fish-like scales all over his body.

Brenda first fell in love with Vietnam in 1995 while taking part in a charity bike ride with her husband Baz. Sadly Baz suffered a heart attack in the same year. He was just 55.

He had been taking part in a charity swim to raise money for the Vietnemese children they had seen; children with severe disabilities and birth defects caused by Agent Orange, a dangerous chemical left in the soil and water supply after the Vietnam War.

Heartbroken Brenda planned one more visit to Vietnam in her husband's memory. But while volunteering at an orphanage, she fell in love with brave Min Anh, who was dumped as a baby because of his scaly skin and nicknamed Ka - or Fish Boy - by other orphans.
It is likely that Min Anh's painful skin condition is the result of Agent Orange infection.

"All he wanted to do was sit in my lap," recalls Brenda of their first meeting. "I sat there for a couple of hours and didn't want to move. I just fell in love with him and it's been like that ever since."
For the last 15 years Brenda, now 78, from Benfleet, Essex, has returned to see the brave little boy. The pair found a way of communicating, even though Min Anh, now 18, doesn't speak English, and Brenda knows little Vietnamese.

The determined widow, who has three grown-up daughters and five grandchildren, took on hospital authorities who left Min Anh tied to his bed for hours because they didn't know how to treat him.

"When I first went to see him at Tu Du Hospital, he was tied up from morning to night, so he wouldn't scratch himself," she says.

"The staff didn't know how to help him. I hated to see him like that, without any toys or amusement."

But Brenda's persistence paid off, and staff allowed the kindly English lady to untie Min Anh and take him out for day trips around Ho Chi Min City.

Brenda stayed for three months every year and she was the only person allowed to take Min Anh out.

Year after year, over 15 years, their extraordinary friendship grew stronger as together they went to shops, restaurants and on motorbike rides around Ho Chi Min City.
She says: "Just walking around the supermarket is like a treat to Min Anh because the cold air soothes his skin.
When we got back to the ward, he'd walk back to his bed and tie himself up again because he was used to it.
Brenda, a former secretary who has no medical knowledge, spent years trying to find a doctor to diagnose Min Anh's skin condition but had no idea where to start.

The documentary, The Boy They Call Fish, follows Brenda's most recent visit to Vietnam in early 2012, as an expert dermatologist is called in to try to diagnose and treat Min Anh. Min Anh has turned 18 and she wants to be sure the boy she thinks of as her son has a happier future.

Brenda told her local paper: "I'm so pleased this documentary has been made as hopefully millions of people will see it.

"If it means someone out there can help Min Anh then it's wonderful.
“He is so special to me. Every time I go out there his face lights up.”

"If I take him to the supermarket you'd think I was taking him to Disneyland.

"He doesn't get much attention or love. As I had to leave on this last trip I said to him in Vietnamese 'I love you Min Anh and I'll be back soon to see you'.

"He replied, 'I love you too. I understand'.

"He is the light of my life. He has endured so much and with so little love in his life.

"Hopefully this will change once the world learns of his plight." 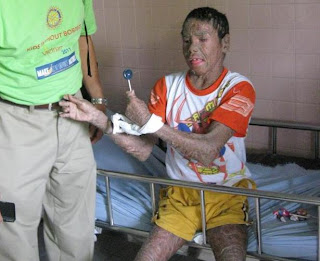 Note from Kids Without Borders: Ca (nick name of this boy) is under the care of the Tu Du Peace Village, a care and rehabilitation center for children with disabilities linked to Agent Orange. His condition is known as Lamellar Ichthyosis and as far as we know there is no cure for this medical condition. There are several other similar cases in Viet Nam. If you know of any similar case or if you are interested in helping children victimized by Agent Orange, please contact us:
info@kidswithnoborders.org .
Posted by all kids, one world ... at 6:55 AM No comments:

Greig Craft, president of the ‘Asia Injury Prevention Foundation’ in Viet Nam, and Son Michael Pham, founder and director of the charity organization ‘Kids Without Borders’ in Seattle, Washington, have organized a pilot project in Viet Nam. This project will offer groundbreaking (xxxxxxx) reconstructive surgery for young boys and girls victim to either traumatic injury or birth malformation; and in some cases related to the harmful health effects associated with Agent Orange.

With the participation of internationally renowned surgeons, the operation will begin next week at the National Hospital of Pediatrics in Hanoi, Viet Nam. “Aside from the transformational life-changing nature of these surgeries, we also intend to transfer the technology and train Vietnamese surgeons, who can then expand the program—that so many children now have the chance for the semblance of a normal childhood is truly miraculous.”, says Craft.


Craft’s original motivation to pilot this project stems back to an event in 2006, relating to his involvement in the rescue of an infant abandoned at birth in the central highlands of Viet Nam. Animals devoured the ...  read more ... 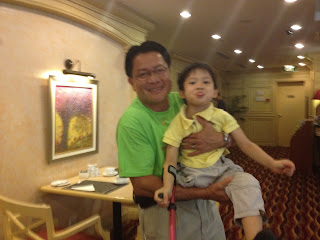