- HAND ME UP Clothing and Children Product Drive: invite all school students to organize clothing and children product drive in your schools and neighborhoods. Contact us for more information. To learn more on community organizations we support, visit: http://www.kidswithnoborders.org/FAQ.asp
- Sponsor a TEACH ME TO FISH (TM2F) Scholarship: annula scholarship of $350 will support one orphan in Viet Nam with education, or vocation, business, language training. Meet some of the TM2F orphans: http://www.flickr.com/photos/39932570@N06/sets/72157621438359450/
- Sign up for one of the two HumaniTours to Viet Nam. Learn more: http://kidswithnoborders.blogspot.com/search?q=humanitours

- Donate to Kids Without Borders: we need to keep our two storage locations (in Sammamish and Tukwila) to run our programs and projects. We are an all volunteer nonprofit organization and 100% of contributions go directly to support our programs and projects. Any amount counts, please support us with your online donation: http://www.kidswithnoborders.org/Donations.asp
Posted by all kids, one world ... at 7:01 AM No comments:

Labels: Hand Me Up, HumaniTours, Media, Teach Me To Fish

The second CARE NIGHT of 2009 was on Oct. 22, 2009 at Cascade View Elementary in Tukwila (Washington). Hundreds of students with their families came to receive clothing and visit the service fair.
This is the second of three CARE NIGHT events KWB has contributed to this year. The next CARE NIGHT will be on Monday, Oct. 26, 2009 at Thorndyke Elementary School in Tukwila.
CARE stands for Clothing Are Really Expensive, started seven years ago by a small team of teachers and parents in the Tukwila School District. Recently, the Tukwila School District was named as the most 'ethnically diverse' school district in the U.S. (read more http://www.seattlemet.com/issues/archives/articles/refugees-0709/4/).
Katrina Dohn is KWB Program Director of the South King County area. Katrina started CARE NIGHT program, and has been a tireless community volunteer. She is a teacher at Cascade View Elementary. 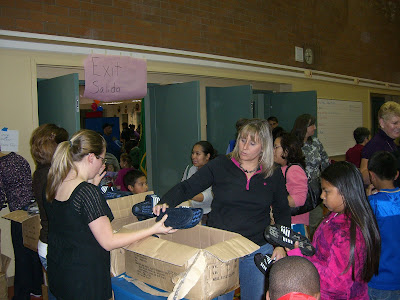 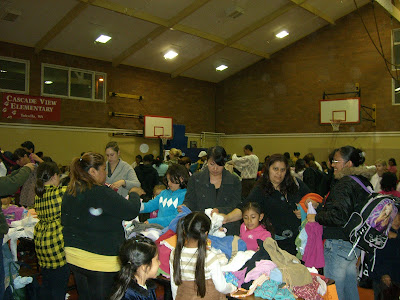 Plenty of smiling faces
Posted by all kids, one world ... at 6:41 AM No comments:

On October 17, 2009 KWB Founder Son Michael Pham attended and spoke at the Capacity Building Workshop organized by the Vietnamese American Nongovernmental Organization (VA-NGO) Network in Santa Ana (California).
One of the several topics discussed at the workshop was the issue of human/children trafficking and the work of many VA-NGO Network members related to preventing and supporting victims of trafficking of children in Viet Nam.
Joining Son Michael as presenter was Penny LeGate, from KIRO (CBS) Television in Seattle. 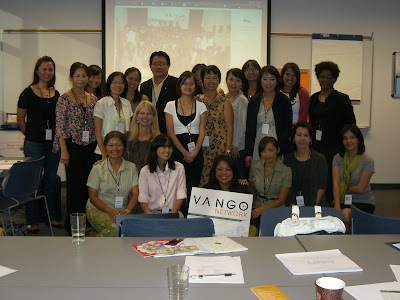 Representatives from 18 Nongovernmental Organizations at the Capacity Building Workshop 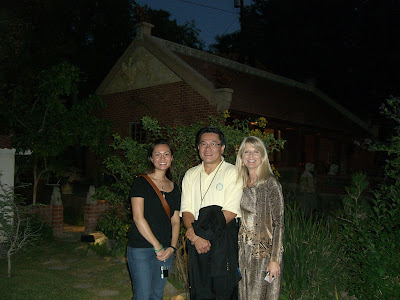 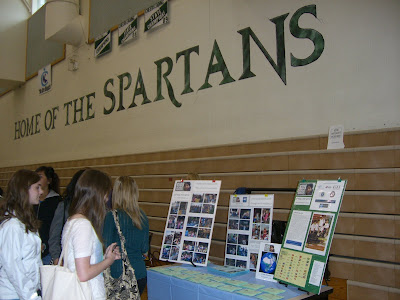 Labels: Power Of One

Sign up and join one of the next two HumaniTours to Viet Nam:
- Spring 2010: March 27 - April 4, 2010
- Fall 2010: Oct 27, 2010 (tentative departure date) for 12 - 14 days including Cambodia (Rotary wheelchair distribution in Viet Nam and Cambodia)
More information, visit HumaniTours.blogspot.com or write to us info@kidswithnoborders.org 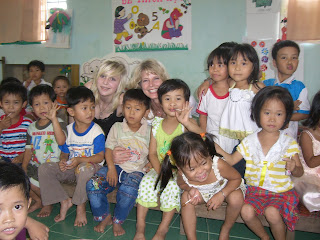 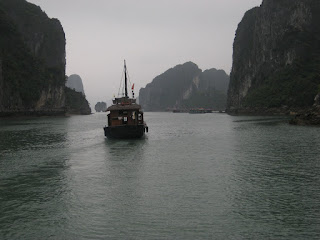